It’s apple season and apples are intertwined with the agricultural roots and heritage of this region. Apples play an integral part of Bex Kitchen too. You can attribute Chef Becky’s affection for apples from her childhood growing up in a farming community being connected to apples & peach orchards. Her background as a local pastry chef in the 90’s further sparked her affinity for using apples in a variety of baking applications. Pastry Chef’s are known for mastering sweet apple dishes, perhaps due to apples having been around in France for a long time or maybe because they are simple, wholesome and so versatile. That’s what attracts Chef Becky to prepare a favored French Apple Tart so popular at Bex Kitchen this time of year. Her French Apple Tart stays true to the French Pastry chef in her  favored for featuring apples in their purest form, aligning with Bex Kitchen’s mission of utilizing simple, seasonal, whole food.

Chef Becky doesn’t stop at sweet apple recipes; she uses apples to represent a savory side of the season as well. Her butternut apple bisque soup garners its natural 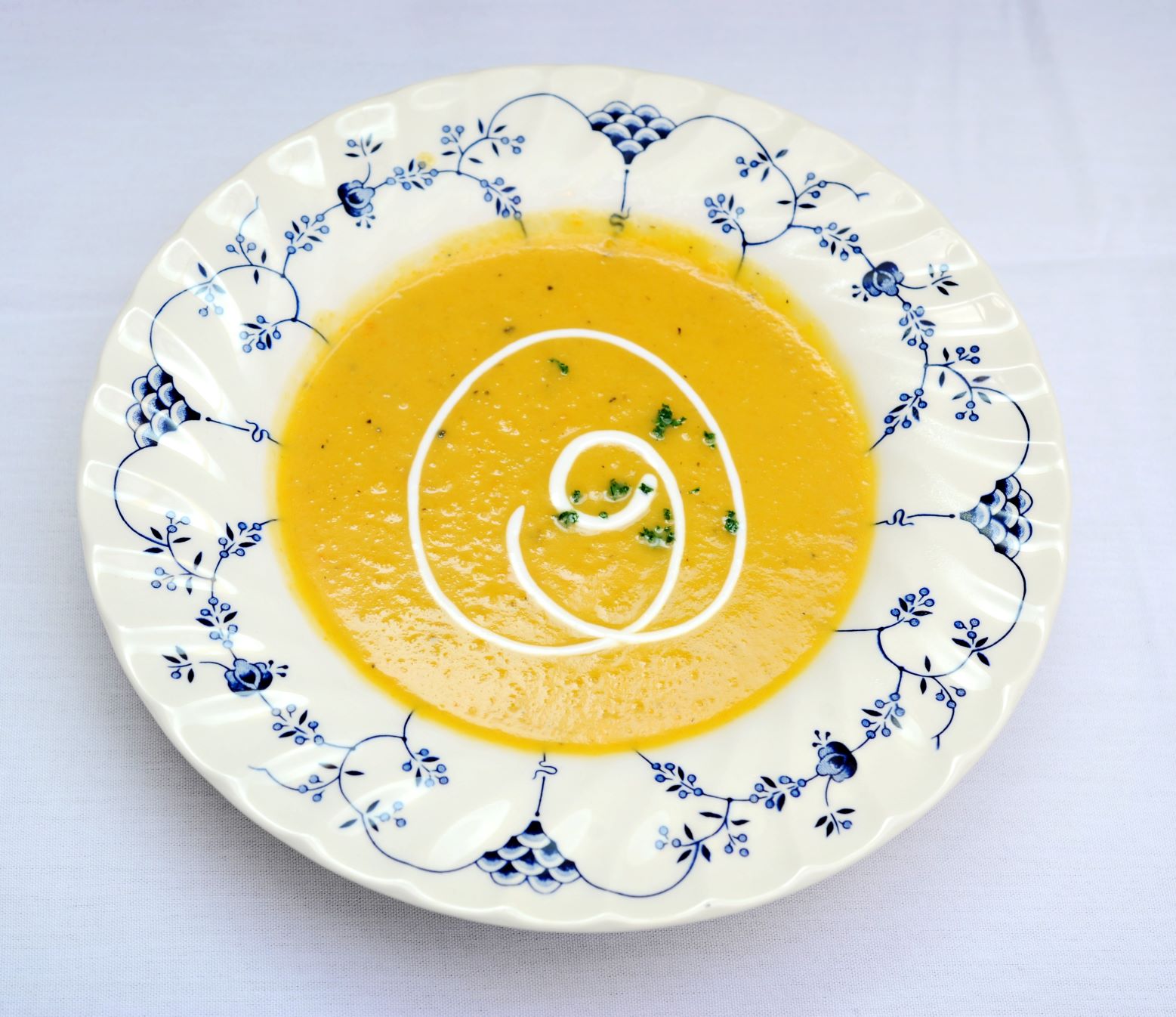 sweetness and flavorful body from roasted apples. Not only flavorful for the palate, this savory soup also adds a seasonal visual appeal to the table as well.  Another autumn mainstay is Chef’s savory pork loin featuring sautéed apples and onions as the backbone of the dish.  The pork loin is favored for it’s hearty bite sought after at this time of year with the changing seasons and for it’s combination of flavors.

Apples also bring to mind apple sauce made for potato pancakes served for the upcoming Jewish holiday’s this season.  Apple cider and cider donuts are also a long awaited seasonal favorite along with caramel apple stations specially crafted for  children’s autumn birthday parties. No matter how you slice it, apples are a beloved part of autumn in Califon, N.J.

We hope you enjoyed this little bit of our apple artistry and that we have inspired you to try some of our apple dishes this fall.